For my BFA Thesis project in spring 2021, I came up with a multimedia project exploring psychology and reflection.

House consists of three ink and watercolor paintings and a digital animation. Each painting showcases a different area of a house, selected as a symbol of the human psyche in reference to Jungian philosophy. On the outside, the house appears mundane with the exception of a large moat and fence deterring outsiders. Going inside the house reveals a distorted and sickly colored abode, reflecting the inner nature of a human mind. An animation accompanies these images, using them as a backdrop for a subject to explore them. 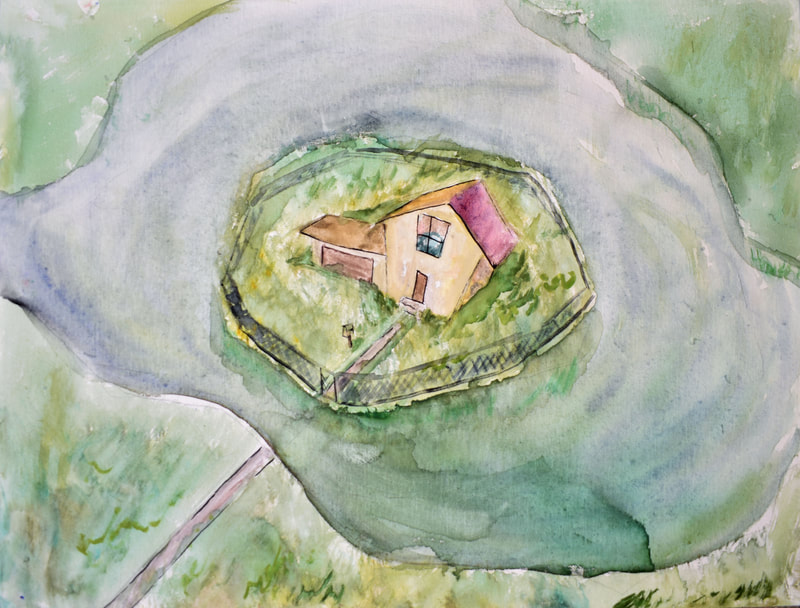 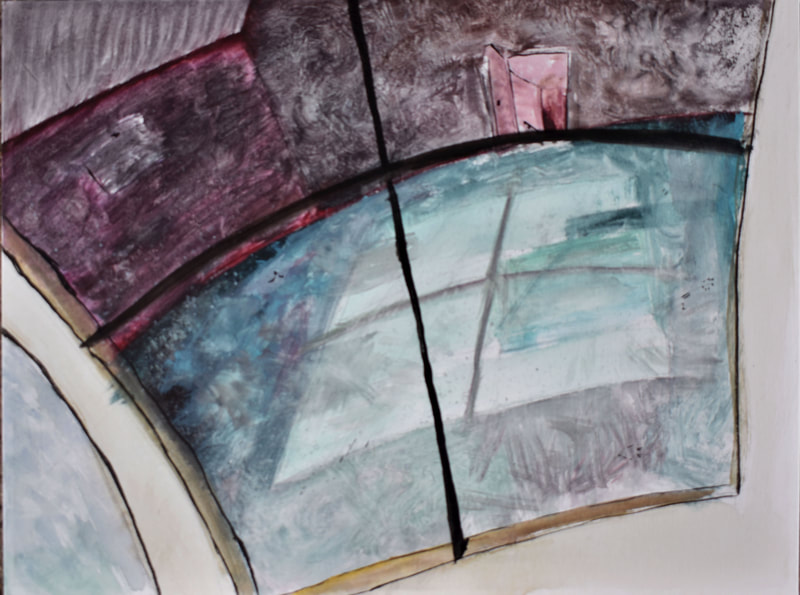 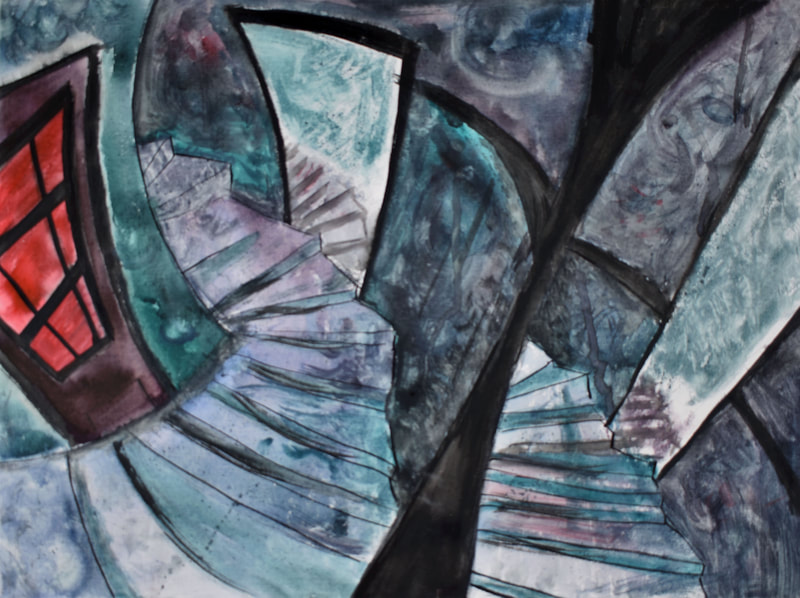 Below are process images. Each painting was created to be used as a base for the video. The decision to exhibit them alongside the video was made to allow the audience to explore the space for themselves. For the video, each painting was photographed and scanned into animation software, were I animated the character acting over them. 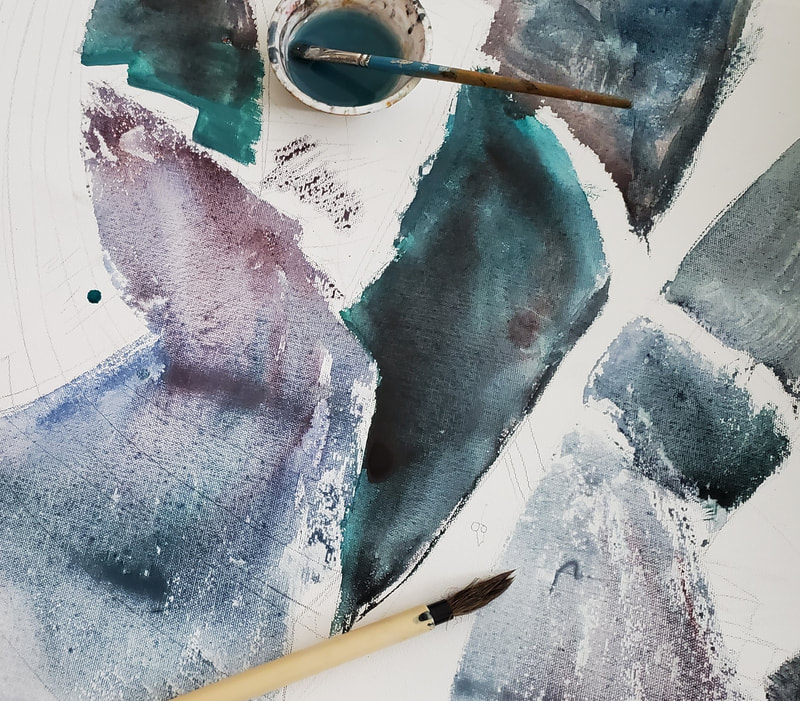 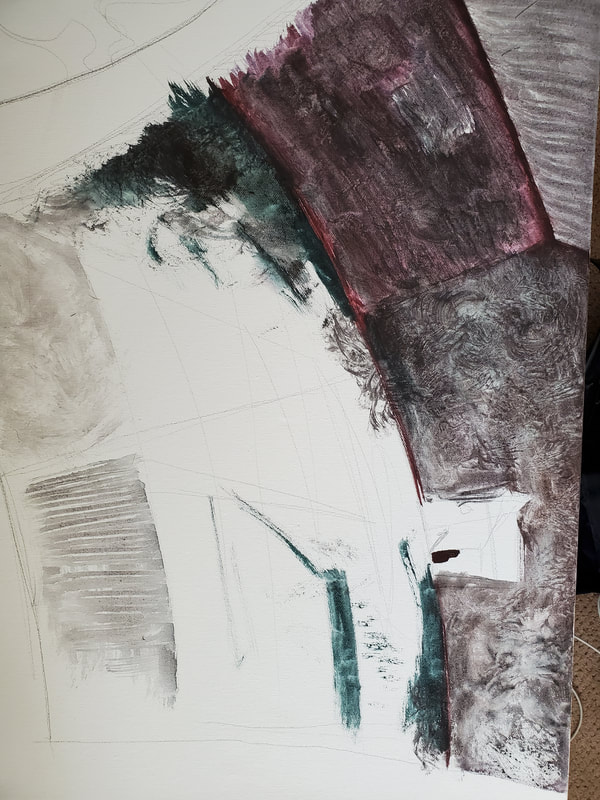 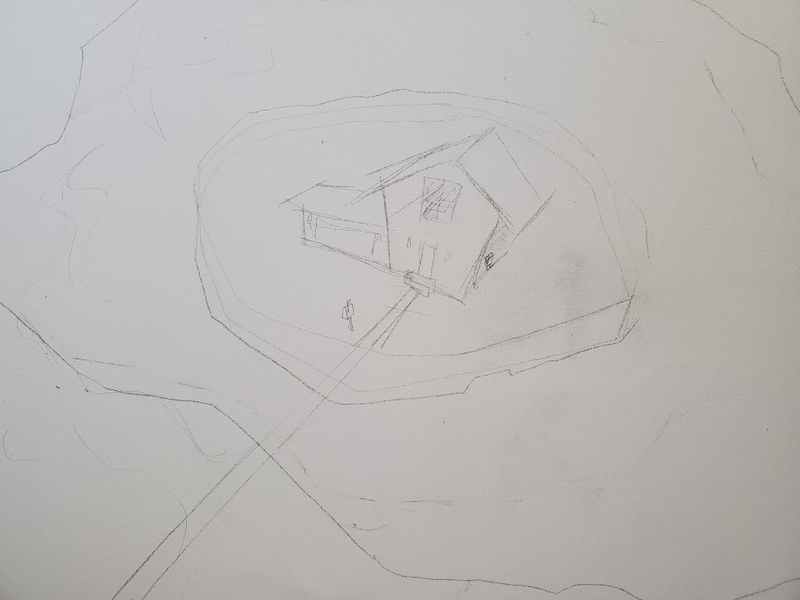 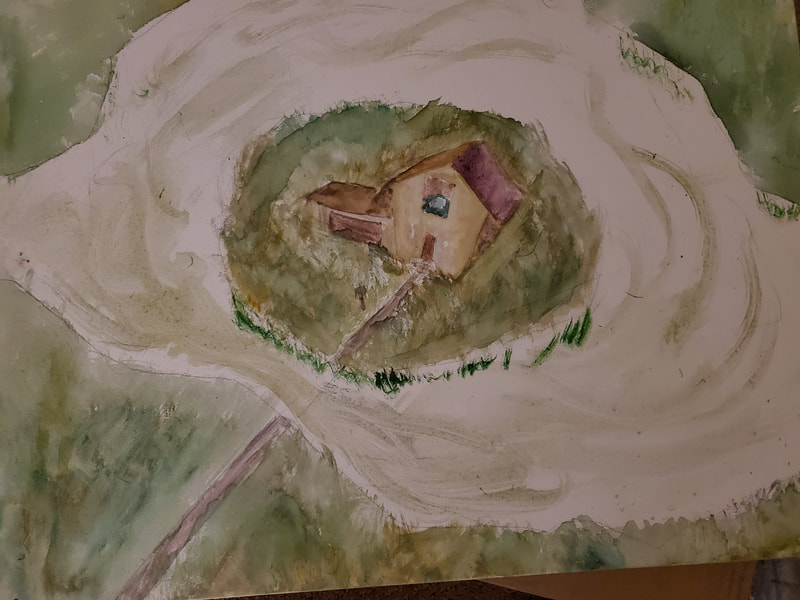 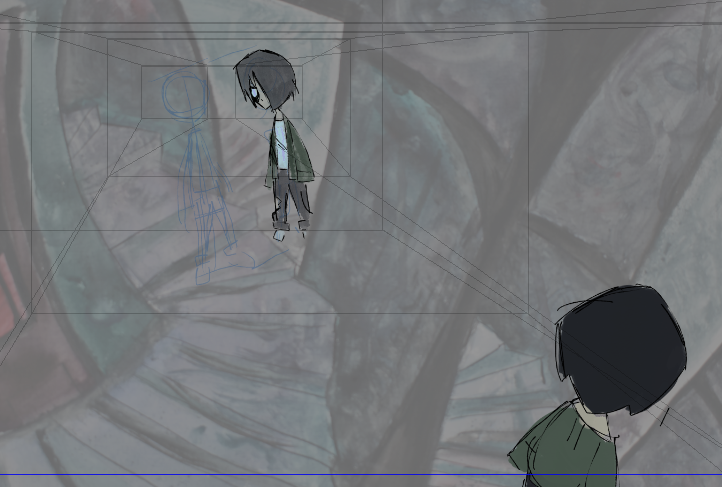 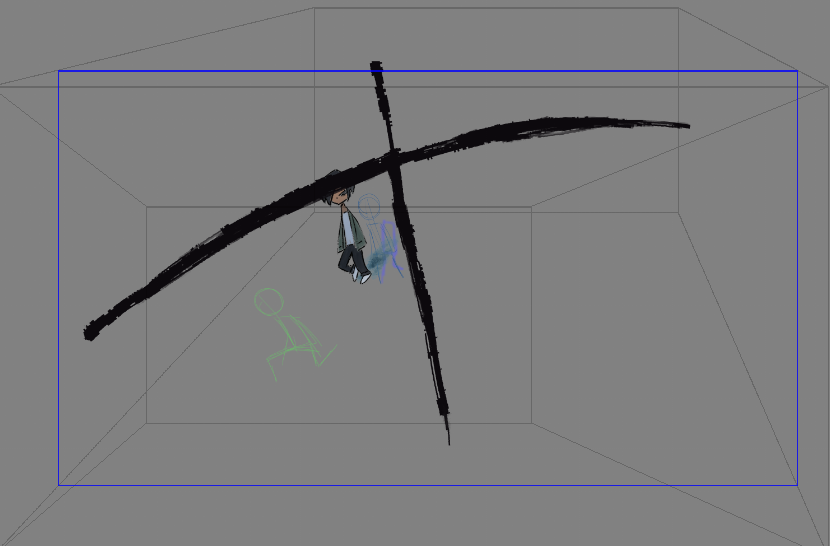 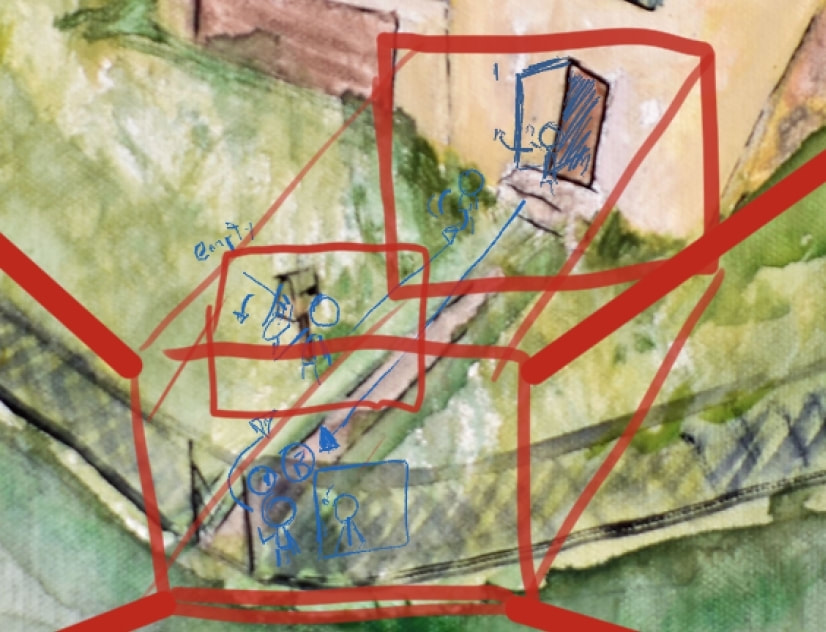 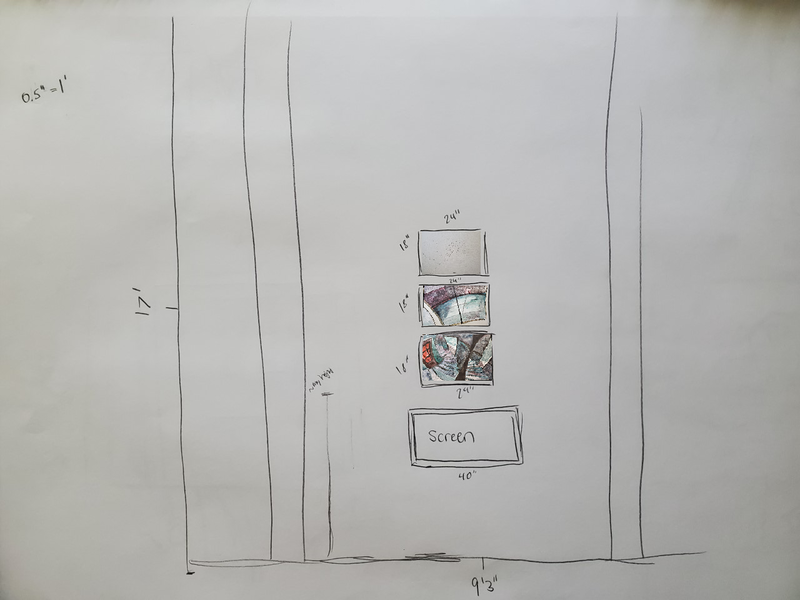 The final exhibit saw the paintings mounted adjacent to a TV screen and was exhibited in late April-early May. 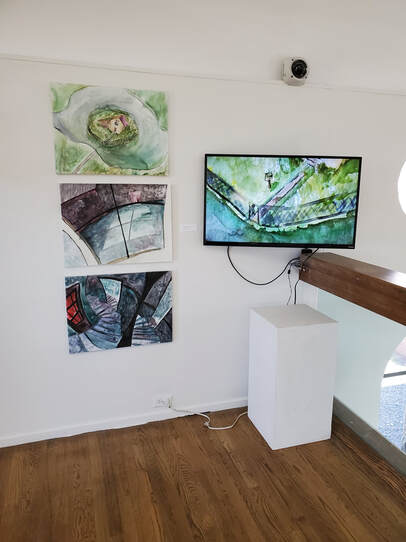